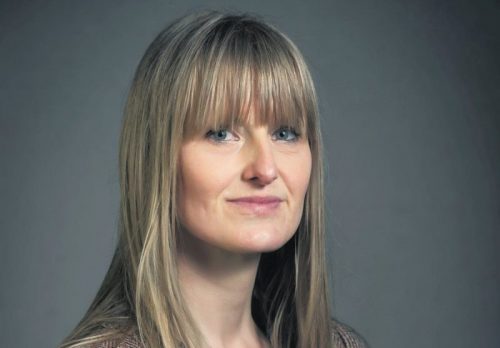 Catherine is Dean for Diversity & Inclusion and Professor of Political Science at Bocconi University. At Bocconi, she is also a Research Associate at the Dondena Centre for Research on Social Dynamics and Public Policy, the CLEAN Unit for the Economic Analysis of Crime of the BAFFI-CAREFIN research center and the Bocconi COVID crisis. Catherine is an affiliated professor at the Vrije Universiteit Amsterdam and an associate member of Nuffield College, University of Oxford. Previously, she held professorships at the University of Oxford and Essex as well as visiting posts at University of California at Los Angeles, University of Mannheim, University of Vienna and the European University Institute.

Catherine’s work can be broadly situated in the areas political behaviour, political economy and EU politics. Catherine’s work has appeared in leading political science journals, such as the American Political Science Review, Annual Review of Political Science, and the Journal of Politics. She is currently working on a research project  funded through a Consolidator grant of the European Research Council that examines how economic hardship affects support for socially conservative political agendas [LOSS]. Together with Seth Jolly, Catherine hosts the European Politics Online Workshop, which is a public workshop series for scholars working on European politics from the US and Europe.

Catherine has published several books. Her first book Euroscepticism and the Future of European Integration published with Oxford University Press in 2018 received the European Union Studies Association (EUSA) Best Book in EU Studies Award in 2019 and was listed in the top-5 books on Europe’s future by the Financial Times. The book develops a benchmark theory of public opinion towards European integration and suggests that people’s views about Europe are intrinsically linked to the national benchmarks employed. The praise for the book by Professor Matthew Gabel from the University of Washington at St Louis highlights that “[t]his is a superbly written, wonderfully perceptive, book, which will move the posts in the field of public opinion” and its “findings are sure to provide valuable grist for the mill for politicians, EU officials, and journalist interested in making sense of, addressing, and perhaps even exploiting contemporary public resistance to the EU.”

In 2020, she published her second book Political Entrepreneurs: The Rise of Challenger Parties in Europe, co-authored with Sara B. Hobolt, with Princeton University Press. Drawing analogies with how firms compete, this book demonstrates that political change is as much about the ability of challenger parties to innovate as it is about the inability of dominant parties to respond. Delving into strategies of dominance versus innovation, the book explains why European party systems have remained stable for decades, but also why they are now increasingly under strain. The praise for the book by Professor Pippa Norris from Harvard University highlights that “supported by a formidable body of empirical evidence, Political Entrepreneurs provides fresh theoretical insights into the causes and consequences of this phenomenon. An invaluable contribution to understanding how parties compete in contemporary democracies.”

In 2021, the textbook Foundations of European Politics, which Catherine has co-authored with Sara B. Hobolt, Sven-Oliver Proksch and Jonathan Slapin will be published with Oxford University Press. It offers an accessible introduction to European politics using a coherent comparative and analytical framework that can be used to understand both national and EU-level policy-making in Europe. The praise for the textbook by Michael Laver from New York University states that: “Authoritative and informed, yet accessible, this excellent introduction to European politics deftly interweaves theory and data. Designed to make readers think for themselves, this book offers a fine introduction to political science more generally, from respected authors who really know their stuff.”

Catherine is a member of European Integration Committee of the Dutch Advisory Council on Foreign Affairs (Adviesraad Internationale Vraagstukken), the Board of Trustees of the Hertie School of Governance in Berlin and sits on the editorial board of Acta Politica, Comparative Political Studies, European Union Politics, the Journal of Politics and Political Science Research and Methods. In 2014, Catherine received the American Political Science Association Emerging Scholar Award for her contribution to the field of elections, public opinion and voting behaviour in 2014 and was selected a Young Global Leader in the World Economic Forum in 2013.

Next to teaching and research, Catherine tries to contribute to public debate through advice and commentary based on her research findings. Together with Isabell Hoffmann of the Bertelsmann Foundation, Catherine co-founded the platform eupinions. eupinions is an independent platform for European public opinion. Through the eupinions platform, quarterly data is collected, analysed and commented to establish how the European public thinks about current political issues. Check out the eupinions website for more information. She has also contributed to general interest magazines like Foreign Affairs or blogs like the Washington Post’s Monkey Cage.